About Us
Our Staff
Our Locations
Why Choose Us
Contact Us

We have years of experience caring for families, from all walks of life. Each family comes to us because they know we are leaders in our profession, dedicated to excellence in service, and have the highest integrity. 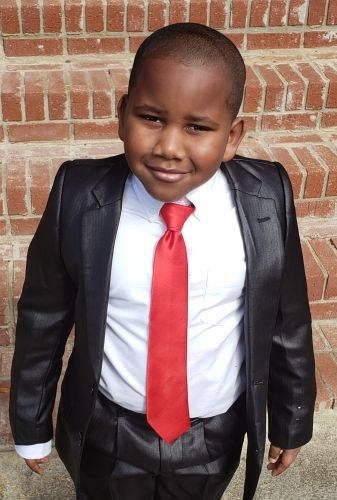 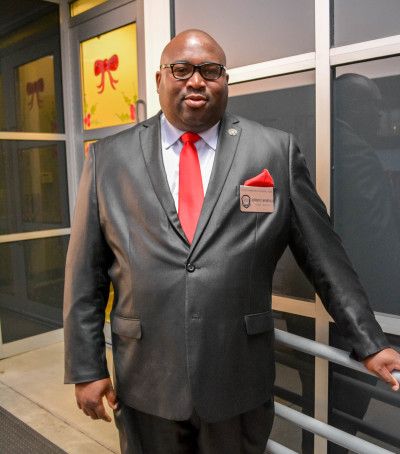 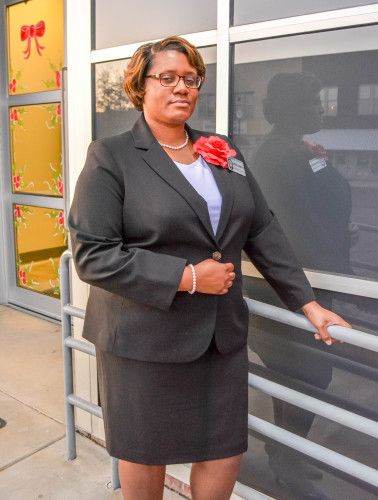 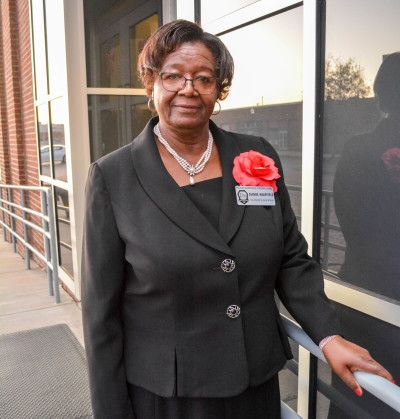 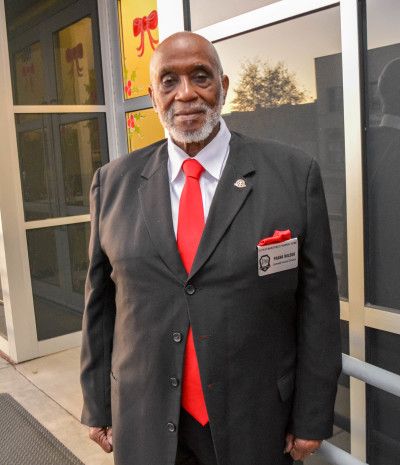 Frank Wilder
Mr. Frank Edward Wilder Jr. is a licensed Funeral Director. He obtained his license in 1975. He has been working for the Poteat Funeral Home since 1964. He started working under the late Mr. Walter Poteat , when the Funeral Home was loca...
Read Full Bio 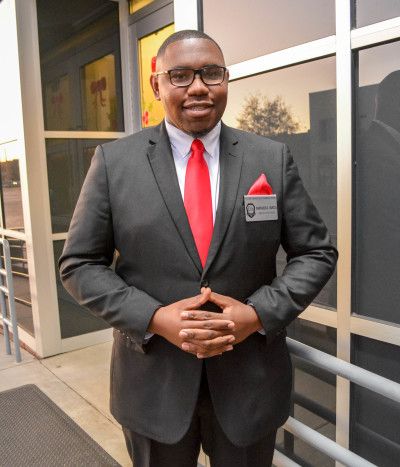 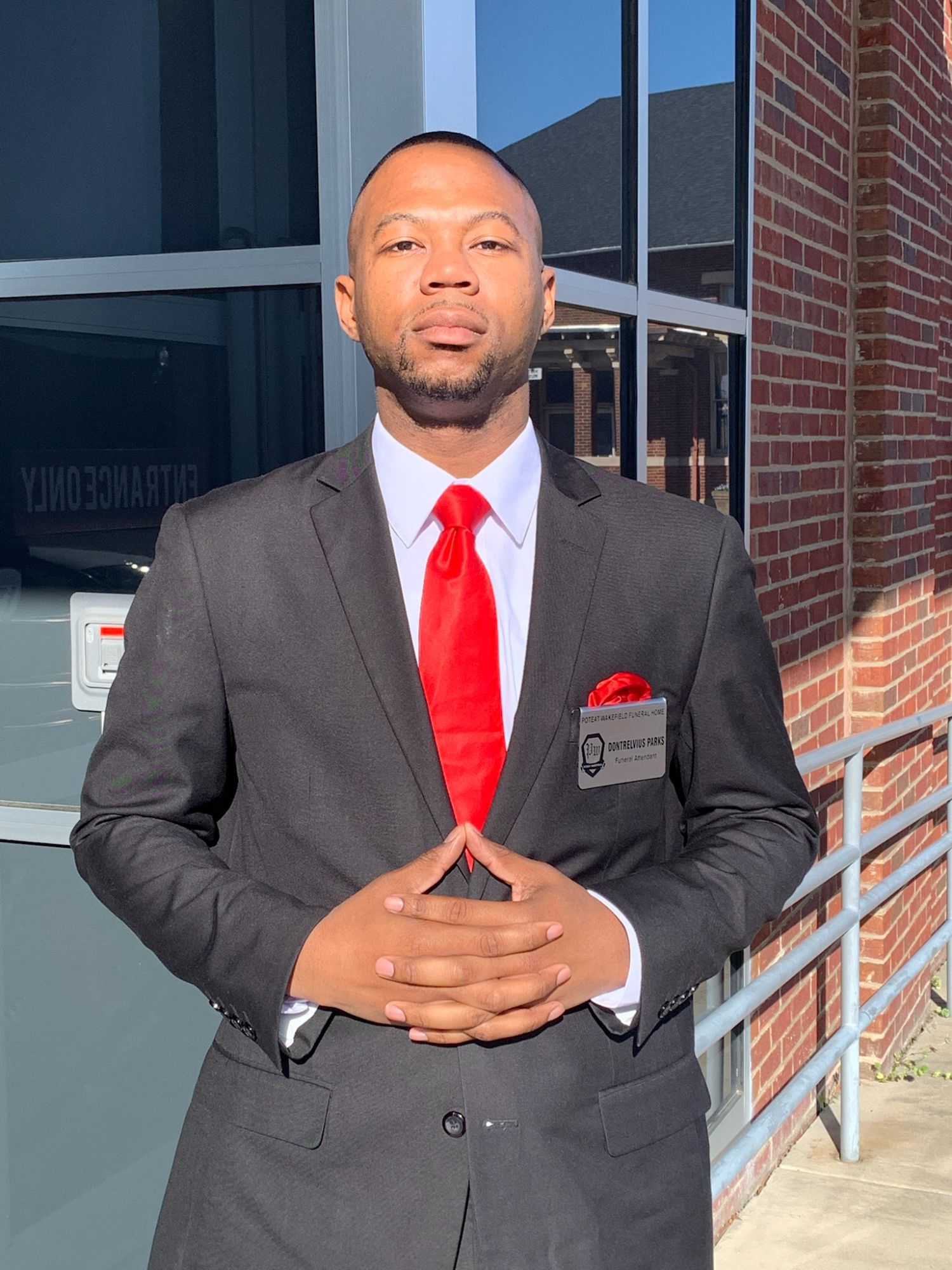 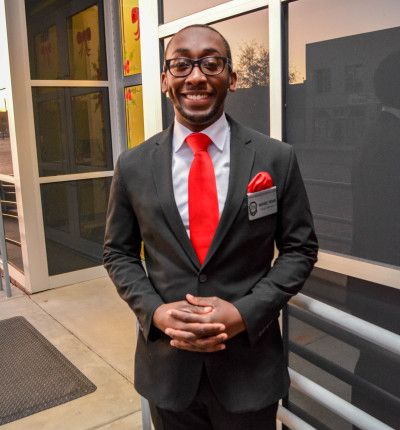 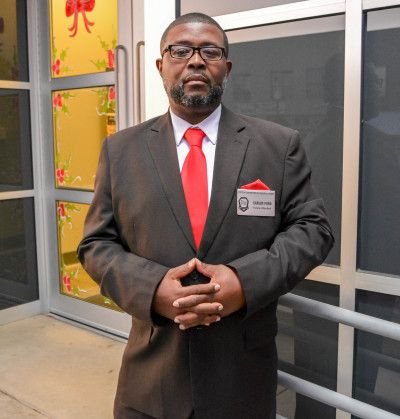 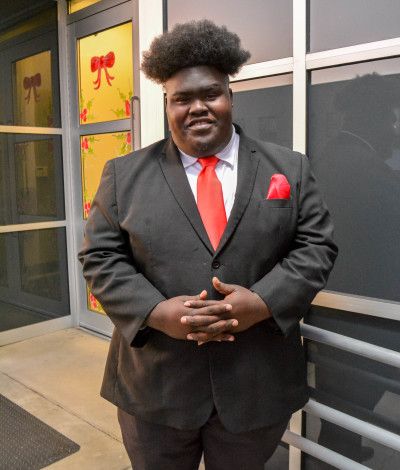 Jeffery F. Wakefield Sr. (Jeff) is a native of Arlington, Georgia. He is the son of Dianne Wakefield. Jeffery is a member of Gethsemane Freewill Baptist Church of Arlington. He began his funeral service career in 1997 at Poteat Funeral Home, under the administration of Mr. James Griffin Jr., his mentor and father figure. After working at the funeral home and attending Darton College, it was at that time that Jeff knew that it was time to move on to pursue his lifelong dream. In March 1999, Jeff moved to Decatur, Georgia to make his dream become a reality and to attend Gupton-Jones College of Funeral Service, where he had an opportunity to work at the Prestigious, Donald Trimble Mortuary of Decatur, which conducted over 800 services per year. He is a February 2001 Graduate of Gupton-Jones College of Funeral Service where he earned an Associate of Science Degree in Funeral Service. He is a 2004 Graduate of Georgia Southwestern State University, earning a Bachelors Degree in Business Administration. Jeff is Licensed as a Funeral Director and Embalmer in the states of Georgia and Alabama. He spent many years working as a trade embalmer and funeral director for numerous firms throughout, Southwest Georgia, Central Georgia, South Central Georgia and Southeast Alabama. After the retirement of Mr. Griffin, On August 7, 2012, Jeff became the owner of Poteat Funeral Home LLC. which is now Poteat-Wakefield Funeral Directors LLC. and along with his mother, Dianne, are owners of The Wakefield Mortuary(W.M.Murray Memorial Chapel) of Arlington, Georgia. Under the ownership of Jeff Wakefield, Poteat-Wakefield Funeral Directors now has two locations to better serve our families, our Cedar Chapel which is our original location and our Dunbar Chapel, Jeffery is a Past President of The Georgia Funeral Service Practitioners Association (G.F.S.P.A), where he currently serves as Chairman of the Board, a member of the 3rd and 6th Districts G.F.S.P.A. and The Academy of Graduate Embalmers of Georgia, He is a Certified Funeral Service Practitioner (C.F.S.P.) A Certified Crematory Operator and Arranger is also a Deputy Coroner in Calhoun County, Georgia and was a past member of the Dougherty County Rotary Club, among other civic organizations. Jeffery has twenty-five years of experience in funeral service. Jeff along with his wife, Latonya, a 2021 graduate of Gupton-Jones College of Funeral Service, and their staff are honored to serve Dougherty, Lee, Terrell, Calhoun and surrounding counties.

Mr. Frank Edward Wilder Jr. is a licensed Funeral Director. He obtained his license in 1975.
He has been working for the Poteat Funeral Home since 1964. He started working under the late Mr. Walter Poteat , when the Funeral Home was located at 306 Whitney Avenue .He moved to Albany, Georgia to attend Albany State University where he studied Physical Education. He attended Albany State on a Football Scholarship and decided to make Albany, his home. He worked for 30 years as a Chemical Tech at Air Gas. He retired from Air Gas in 2005. He is still working at the Poteat Funeral Home along with Mr. Jeffery F. Wakefield.
Mr. Wilder has been working in the Funeral profession since he was 12 years old. He started by working with the late Marvin C. Zanders Sr. in Apopka, Florida.
While serving his apprenticeship under the late E. O. Thomas, he studied and passed the State Board Exam in 1975. Mr. Wilder loves working in the funeral profession. He has been married to Barbara Sherman-Wilder for 23 years. He has one son, Petrocelli ( Aurora) Wilder, and three granddaughters. He is a member of the Old Piney Grove Baptist Church in Leesburg, Georgia. where Min. Kenneth Jimmerson serves as pastor. Mr. Wilder serves on the Deacon Board of the church. He loves sports of all kind especially Baseball. He is a devoted Dodger fan.

Sign up for one year of grief messages designed to offer hope and healing during difficult first year after a loss
Thank you! Your submission has been received!
Oops! Something went wrong while submitting the form.
© 2021 Poteat-Wakefield Funeral Directors. All Rights Reserved.
Admin Login

Jeff along with his wife Annie is the owner of the funeral home. Jeff is a 1985 graduate of Wayne State University’s Mortuary Science Program.

He also holds a bachelor’s degree from Western Michigan University which he earned in 1992. He enjoys exercising and spending time off with his children – Maggie, Jack and Peter.