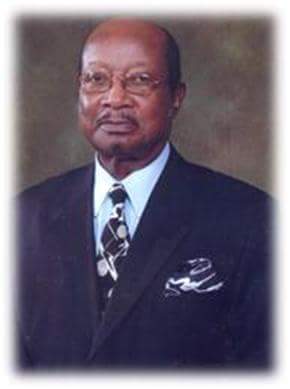 His elementary, middle school and high school training was acquired in Long County, GA where he was reared by loving and God-fearing parents, the late Deacon Earnest Franklin and Mrs. Eula Wright Boyd.  He was a World War II veteran where he served his country courageously and was honorably discharged.

His college and seminary training was at Morehouse College of Atlanta, GA.  Other work followed through to his Doctoral Degree in Divinity.  Among his numerous achievements, Boyd also served as Dean of Albany Seminary, which he founded and coordinated for years.  He was a member of the Baptist Association and the Albany Ministerial Alliance.

He was united in Holy matrimony to the now deceased Miss Barbara Mae Riles on June 26, 1949.  To this union were born a son, William H. B. and a daughter, Dolores Ann.

He began preaching on October 13, 1946 in Oahu, Hawaii and has served several churches during his ministry.  The greatest longevity was at Shiloh Missionary Baptist Church of Albany, GA and that since April, 1959.  He was past Moderator of the Hopewell Association where he served for 33 years before resigning that position.  He was a commissioned board member of the Dougherty County Family and Children Services where he served for better than 25 years.

He served faithfully as the president of the Boyd-Wright Family Reunion for several terms where he was respected and loved by relatives and friends.

During the 1960s he was the first to open the doors of a church for mass meeting planning and for mass meetings because he saw the need of his people who needed to be released from under the fists of Jim Crow laws and unfair practices in his community.

To order memorial trees or send flowers to the family in memory of Rev. Dr. Horace Boyd, please visit our flower store.