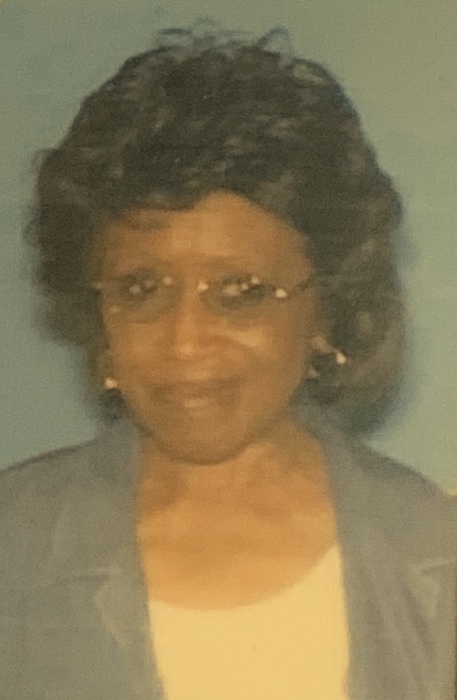 A poet once said, “Once in a while someone lives a beautifully unselfish life…just for others”. This was evident in the life of Ruby Mae Bowens Greene.  Her strong faith, love and incredible wisdom permeated the lives of others.

A devoted wife, mother, grandmother, great-grandmother,  great-great-grandmother, sister, aunt, mother-in law, sister-in-law, cousin, and friend - On Wednesday, April 15, 2020 the earthly sojourn of RUBY MAE BOWENS GREENE (affectionately known to most who loved her as “Ruby Mae” and “Mom Mae”) came to a quiet end and she was set free from tears and pain in her beloved Albany, Georgia.

Ruby Mae was born October 4th in Calhoun County Georgia to the late Eddie James Bowens and Rosa Jane Vandergriff Bowens. Ruby was married to the late Willie Ed “Eckerd” Greene, beautifully caring “in all things” wife for almost sixty-seven-years before he made his earthly transition on October 6, 2014 and from that union produced eight children.

Ruby Greene worked at Coates & Clark Thread Mill for 17 years and then thereafter she was a caretaker for many elderly patients who loved her and who eventually became her friend.

Ruby fought a fierce, courageous battle, dying how she lived… with dignity, strength and honor.  Ruby was a walking testimony, with scars, went through turbulent times and still had victory in her life.

A major focus of her development and nurturing was a much spiritual heritage.  Through Christian teaching she accepted Christ at a young age and served faithfully at Eureka Missionary Baptist Church, Leary, Georgia until her death.  Ruby Mae enjoyed being a church greeter, always participating on the women’s day programs, and other women activities that she partook in so faithfully.  Ruby was educated in the public school system of Grady County, Cairo, Georgia.

Mom Mae was unmatched in her love, service to her Creator, her family, and community. Her love was evident in the lives of each of her children as well as the hundreds of others whose lives have been forever impacted by her spirit. She was the ultimate teacher/instructor while being supportive and consistently trying to help.  She was loved, admired and respected by all for her incredible wisdom.

Ruby Mae lived a rich, full life of service and even as her health declined, she continued to speak pearls of wisdom to her children, grandchildren, great grandchildren and other loved ones as she leaves them a rich legacy, her love of God and her gifts to humanity that will never be forgotten.

To order memorial trees or send flowers to the family in memory of Mrs. Ruby Greene, please visit our flower store.