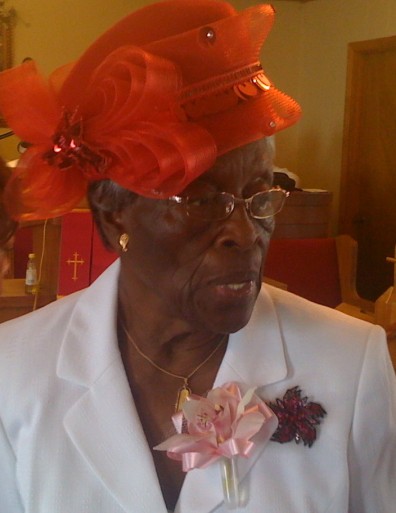 Martha Alice Ellis Smith, beloved daughter of the late David and Carrie Ellis, was born in Dougherty County, Georgia on October 19, 1922. During the early years of her life, she received her formal education in the Dougherty County School System. As a youth, she heeded the call of Christ and began her journey with the Lord at the Pleasant Grove Baptist Church in Dougherty County, Georgia. Through the years, she was a faithful, dedicated member who willingly served on the usher’s board. She was a prayer warrior who dearly loved the Lord. Martha Alice was joined in Holy Matrimony to Joseph Smith. In this union one child was born, Willie Mae Smith. On March 25, 2020, God whispered and said come home my child, you have done a good job, well done and she peacefully entered into eternal rest. In addition to her parents, she was preceded in death by her husband, Joseph Smith, her daughter, Willie Mae Jackson and a grandson, Joseph Jackson, a sister, China Daniels, and three brothers, Nat, Roosevelt and Raymond. Loving Memories will forever be cherished by her son, Joseph (Bernice) Smith, two granddaughters, Janice (Claudel) Lumar, and Jacqueline Jackson, three grandsons, Larry (Valerie) Smith, Roosevelt (Sharon) Jackson, and Michael Jackson. Thirteen great grandchildren, eight grea t-great grandchildren, a son -in -law, Roosevelt Jackson Sr., seven siblings, David (Barbara) Ellis, Russell Ellis, Ruby (Jessie) Hudson, Kit Ellis, Martha (Johnny) Kearse, Lucile (Willie) Powell and Andrew Ellis; her caregiver, Juwanda Hunt and a host of nieces, nephews, other relatives and friends.

To order memorial trees or send flowers to the family in memory of Mrs. Martha Smith, please visit our flower store.