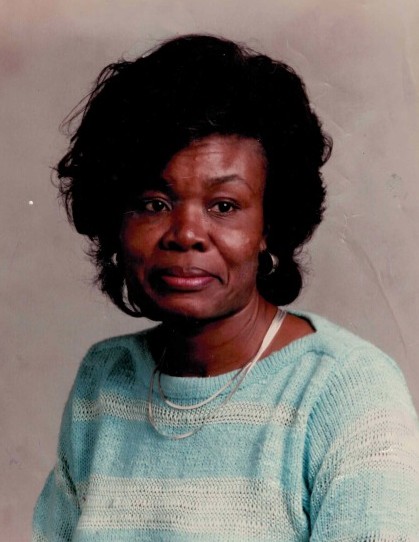 Martha Carter Phillips was born on July 4, 1940 in Leesburg, GA to the late John Perry and
Emma Mae Carter. She gave her life to Christ at a very young age and became a member of the Mt. Pleasant
Missionary Baptist Church where she diligently served in different capacities until her health
failed.She was joined in Holy matrimony to the late Bose Phillips on August 31, 1957 and seven
children were born to this union as one preceded them in death.
Martha was a daughter, sister, wife, mother, grandmother, cosmetologist and loved by all who
loved her. She has ministered in the role of Church Secretary, Usher, Deaconess, Sunday school
teacher and chaired Homecoming Celebration.
She started her education at the Lee County Training school. She also earned her Cosmetology
license from the Sunlight Beauty School of Miami, Florida in 1972. In 1976, she obtained her
license from the state of Georgia where she served the community in her beloved profession
for over 25 years. With all of her accomplishments, she was determined to receive her
High school diploma. She enrolled at Albany Technical long after her kids were grown and with
several grandchildren to accomplish that goal in 1998.
Martha was well known and adored for servants’ heart as she served the community. She was
also well known for making delicious dressing and baking pound cakes.
She leaves to mourn six children: Lewis J. Phillips (Gwen) of Leesburg, GA, Elizabeth Phillips of
Leesburg, GA, Bose Phillips, Jr. of Albany, GA, Jesse R. Phillips (Dr. Vicki) of Leesburg, GA, Sheryl
L. Phillips of Kennesaw, GA and JoAnn P. Toole (Allen) of Cumming, GA. Five sisters: Julia
Roberts of Albany, GA, Bessie Pollard (James) of Philadelphia, PA, Sallie Williams of Macon, GA,
Dicie Carter of Albany, GA and Lizzie Stokes (James) of Leesburg, GA. Two sisters-in-law: Willie
Mae Kelly of Leesburg and Emma Mae King of Leesburg, GA. Two aunts: Ella M. Dixon of
Pittsburg, PA and Rebecca Simmons of Albany, GA. Twelve grandchildren and a host of nieces,
nephews, friends and other relatives.

To order memorial trees or send flowers to the family in memory of Mrs. Martha Phillips, please visit our flower store.