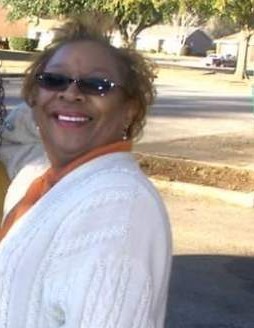 Gabriel’s trumpet was blowing and Helen (Toot Lee) heard the voice of the Lord; and His voice sounded so good to her, so she took His advice and went on to Glory. Helen Jean Lee Murray was the eighth child that was born to the late Albert and Catherine Lee on February 23, 1953. (Toote Lee) as she was lovely known by her family and friends attended Washington High School that was later changed to Early County High School. She received her diploma in 1971. After she was married, the happy couple moved to Albany where Helen continued her education. Helen was united in holy matrimony to Willie Mathis Murray II. The unity of Helen and Willie became Mr. & Mrs. Willie M.Murray II in 1974. They were proud parents of their first born child which was a baby boy named Willie Mathis Murray III (Tres). Three years later on May 1,1977, they had a daughter and they named her China Miekesia Murray (Cookie). From then on the union was stamped as Mr. & Mrs. Willie Murray, Jr & Family

To order memorial trees or send flowers to the family in memory of Mrs. Helen Murray, please visit our flower store.