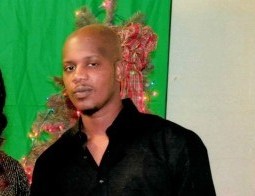 Shannador B. Teemer was born on March 02, 1989 to his dear parents Stephanie D. Swinney-Scott and Timothy B. Teemer. Graduating from high school in 2010 Shannador enjoyed indulging in life and laughter. During his life, Shan has numerous jobs including UPS and RGIS. Shannador also had hobbies that he regularly enjoyed including paint and body for cars, visiting car shows, spending time with his dear children Taliyah and Trevon Sherman and his step children Arlaela and Shantania, who were the love of his life. Writing and creating music with his cousin Earl and enjoying his favorite dish by his mother’s macaroni and cheese and pound cake were also a part of his favorite past time. Shannador accepted Jesus Christ as his savior and God as his Father.

To order memorial trees or send flowers to the family in memory of Mr. Shannador Teemer, please visit our flower store.