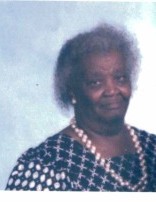 Mrs. Earnestine D.A. Carroll was born on May 13, 1931 as the 4th of six children in Hinesville, GA., To the parents of Mr. and Mrs. Jim and Lucile Darden. Earnestine attended Hineshaw School in Liberty County, GA. Earnestine was Baptized at Mount Zion Baptist Church in Hinesville, Ga., where she sang in the choir. As a young adult, Earnestine worked at the Bali Club in Hinesville, Ga. As a cook, which began her career as a cook in various locations. In February of 1951, Earnestine married Charles Alexander and moved to Albany, Ga. Upon settling down in Albany. She made Beulah Baptist Church her Home Congregation; under the Pastorage of J.H. Reynolds. Earnestine worked at Toasty Pup for 12 years,     M & M Mars for 13 years, and Turner Job Corp for 24 years all in Albany, Ga. Earnestine was united in Marriage to Mr. Eunice Carroll in August of 1970. Upon retiring from Turner Job Corp, Mr. & Mrs. Carroll opened “Carroll’s Day Care” on Moultrie Road in Albany.

The family would like to acknowledge the wonderful staff of Affinis Hospice for the awesome love, care and support shown to our Mother- Mrs. Carroll and her children. You all became a part of our family. We love you all!

To order memorial trees or send flowers to the family in memory of Mrs. Earnestine Carroll, please visit our flower store.