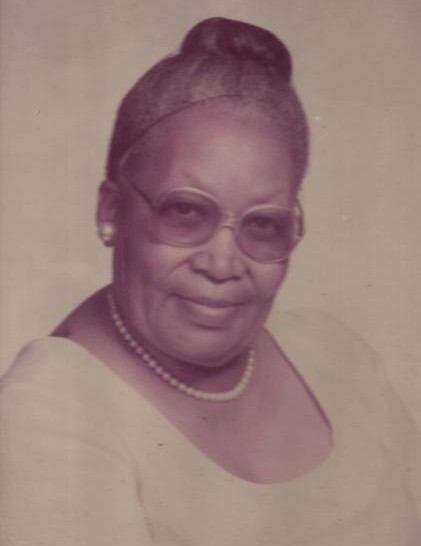 Dorothy Christina Bryson Jenkins was born on May 7, 1919 in Lexington, N.C. She was the 20th child of 22 children born to the late Reverend Avery G. Bryson Sr. and Rebecca H. Bryson.

She graduated from Dunbar High School and later continued her studies at North Carolina A&T. She moved from North Carolina to Georgia to meet the demands of a job request in 1940. This was the fulfillment of a prophetic dream that she received as a child. "God spoke to her through a whirlwind that she would live far away from home and be blessed with Godly children." This was confirmation of the scripture found in Genesis 12:1.

On February 11, 1945, Dorothy married Reverend Roland Jenkins Sr. This was also the fulfillment of a prophetic vision that she received as a little girl. Dorothy was the mother of six children, two preceded her in death.

Dorothy was a devoted and faithful servant until death. She joined Friendship Missionary Baptist Church under the pastorage of Pastor Tillman Sims. She served as president of the General Missionary Society, Church Secretary, Sunday School Teacher for the Intermediate Girls Class and the Director of the Junior Red Circle. She was an ordent worker in the community. Her affiliations included being a founding member of the Albany Interdenominational Ministers Wives and Widows organization and Worthy Matron of the Eastern Stars. She has also published various cookbooks throughout her lifetime.

To order memorial trees or send flowers to the family in memory of Mrs. Dorothy Jenkins, please visit our flower store.