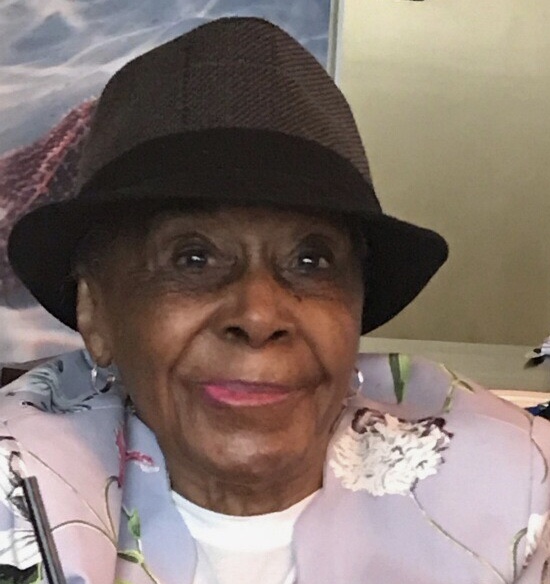 DORA BELL DAVIS CONEY , oldest daughter of the late Eddie Davis, Sr. and Mary P. Davis born on August 4, 1914, in Putney, Georgia.  She was the wife of the late Johnny (John) Lee Coney of Albany, Georgia.  Dora departed this earth peacefully on April 23, 2019, at the home of her daughter in Alexandria, Virginia.

Dora and John were united in holy matrimony on December 30, 1933, and they celebrated 65 years of wedding bliss prior to John’s homegoing in 1999.  To that union, ten children were born. One daughter, Diane Coney, preceded her in death. She was a beloved and devoted wife, adored mother, and respected grandmother.  Dora was baptized at an early age and was a faithful member, usher, and Mother of the Church at the Second Mt. Moriah Baptist Church and Reflections of Christ’s Kingdom, Albany, Georgia.

Dora, affectionally known as “Madea” , was a homemaker while her children were young, and she was known for making the best cakes and pies.  She loved gardening, quilting, canning and watching her grandchildren.  Madea also enjoyed fishing and would spend much time talking to the fish, always leaving the pond with plenty of fish and the largest catch.  She was an avid traveler, visiting family members in various states with trips to Germany, Paris and frequent visits to Martha’s Vineyard.  Madea was a life time member of the Kelson Chapter 88 OES (Eastern Star) and the Treasurer of the Semper Fidelity Club, both of Albany, Georgia; Secretary of the Blue Spring Congress of Christian Education, a diligent worker of the Blue Spring Association, Missionary and Sunday School Conventions. She was also known to others as the Caretaker for the family and the local community.

To order memorial trees or send flowers to the family in memory of Mrs. Dora Coney, please visit our flower store.