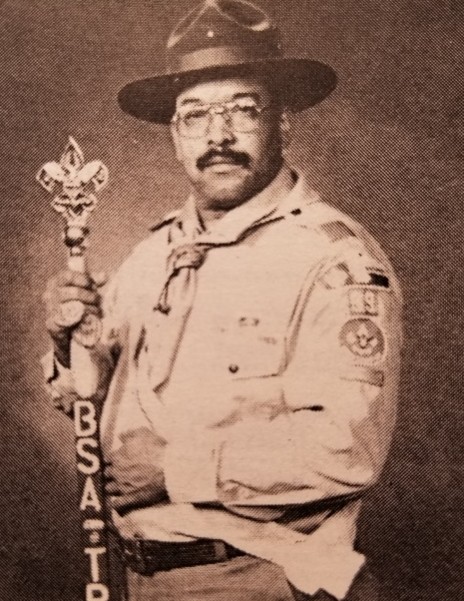 Milton Henderson Thomas (Butch) was born on August 21, 1945, in Albany, Georgia to the late Sarah H. Frison and Clifford Thomas. He made his peaceful transition on November 6, 2018 at Phoebe Putney Memorial Hospital.

He was educated in the school systems of Dougherty County, Georgia and Duquesne, Pennsylvania.

He was a former employee at Pratt Industries in Albany, Georgia.

Milton married his loving and devoted wife, Elizabeth Ann Hawkins-Thomas on October 28, 1969 and from this union , three children were born, he also had two children from his previous marriage.

Butch was extremely honored for his years of service with the Boy Scouts of America, beginning his service in 1985, when he volunteered as an Assistant Scout Master with Troop 99, Chartered by Mount Zion Baptist Church. In 1987 he became Scout Master. Since his involvement in scouting and through his example with the members of his troop, he performed a wide variety of services to his community. They include, a bicycle recycling program for under privileged youths, projects for the Heart Association, the American Cancer Society, the Albany Area Arts Council, the Albany-Dougherty Clean Community Commission, the Concerned Youth of Albany, the Thronateeska Heritage Foundation, the River Days, Fall on the Flint event and The Adopt-a-Highway Program. He also coordinated and performed service projects for the Albany Police Department’s photo and fingerprinting session to protect the youth of our community. He coordinated the restoration of Joe Malone Park and Playground of South Albany. He served in all areas of the scouting program, he served as a staff member of the Central District Cub Scout Day Camp from 1985-1991, on Council and District Campboree Staffs, on the Central District Roundtable and School Night Staffs, as a Unit Commissioner, a New Unit Organizer, and a Staff Member on the Central District Activity Day for the Handicapped. In 1991, he served as the Program Director at Camp Osborn. He served on several District and Council training staffs and was a Coach Counselor for the Wood Badge Staff of the Chattahoochee Council.

For his accomplishments and service to the Central District and Council, he was awarded the Scouter’s Training Award, The Scouter’s Key, the Spark Plug award, The District Award of Merit and in 1991, the Whitney M. Young, Jr., service award. He was a member of the Order of The Arrow and holds the Wood Badge Beads for the completion of Wood Badge Course SE-472. In 1992, he was presented with the Silver Beaver award.

He was a Licensed Real Estate Agent and a member of the Local, State, and National Association of Realtors.

Milton was preceded in Death by his mother, Sarah H. Frison, his Grandfather, Dan Henderson, his aunt, Irene Linkhorn and his son Matthew H. Thomas.

He leaves to cherish his lasting memories, a loving and devoted wife, Elizabeth Ann Hawkins- Thomas, his sons, Milton H. Thomas II (Priscilla), Michael Thomas both of Albany, GA and Anthony Thomas of McDonough, GA, his daughter, Lisa M. Thomas-McGill (Clinton) of Austell, GA, Granddaughters, Essence D’Andrea Irene Thomas and Elizabeth Michelle Thomas both of Albany, GA and a host of other relatives and friends.

To order memorial trees or send flowers to the family in memory of Mr. Milton "Butch" Thomas I, please visit our flower store.