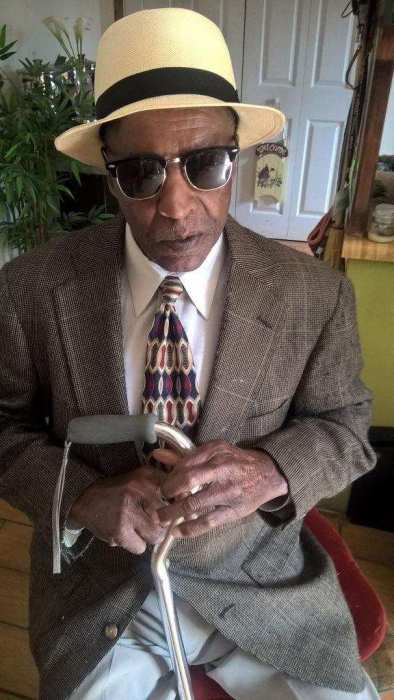 John Henry Thomas, better known as “Johnnie” was born to the late Dennis Lee Thomas Sr. and the Late Eva Adell William Thomas. He was one of 13 children born to this union: 6 boys and 7 girls. Two brothers preceeded him in death; Dennis Lee Thomas, Jr. and Michael Landon Thomas. John transitioned this life on August 4, 2018 in Atlanta, GA.
He attended Lee County School System after which he moved to Bristol, CT. There John worked as a mechanic at Pratt & Whitney and later briefly joined the National Guard. Afterward he moved back to GA, where he helped his father and other do farm work. Johnny was still known for his skills in mechanics. He was often called on to do other handyman jobs that some of us were not willing to do. Most of the times he was willing and ready.
He confessed Christ at an early age and joined Mt. Pleasant Baptist Church. John’s memories will be cherished always by his loving children; daughter Nicole Pellegrini; granddaughters Erica Sanchez, Deja Mack; great granddaughter Maliah Sanders: one son Michael Leduc, a grandson Cary Michael and four more granddaughters, Savannah, Kiyah, Ava, Sophia Leduc. 7 sisters Emma Green of Wolcott, CT., Evelyn (John) Turner or Inwood, NY, Lily King and Adela Yarbrough of Leesburg, GA., Beatrice (Herman) Wesley and Deborah Clinton of Albany, GA. Messheila (William) Sparrow of Hanover MD. 3 Julius Thomas of Morrow, GA., Curtis (Carolyn) Thomas of Hartford, CT and Nathaniel Thomas of Leesburg, GA. One uncle Walker Wright of Newark, NJ. A host of nieces, nephews, cousins and friends.
Remembering Johnny as a strong will person who spoke
his mind and did his dancing......

To order memorial trees or send flowers to the family in memory of Mr. John Thomas, please visit our flower store.