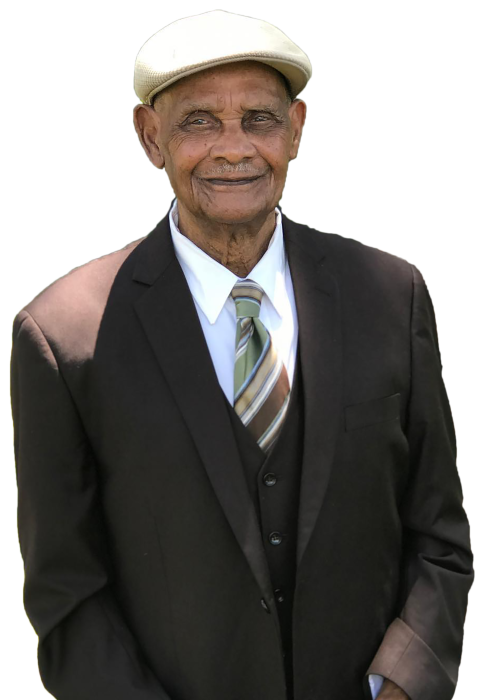 Henry McKinney, Sr. was the son of Ed and Mary McKinney and was born on August 17, 1926, in West Dougherty County on Haley Farm now known as Darton College.
In October 1943 he united in holy matrimony to the Late Lathey Jones McKinney which lasted until her demise on March 21, 2012, 68 years later.
To this union twelve children were born.
He was employed with V.C. fertilizer company for over 40 years. He also worked with Ryan Brooker construction for a number of years. In the 1980’s he confessed his faith in Christ and was baptized by the late Rev. J.D. Bolden. He served faithfully as an usher at Oakie Hill Baptist Church until his health began to decline.
On Monday afternoon, July 1, 2019, God called his soldier home to take his rest. He was preceded in death by three daughters-in-law: Sarah, Leila and Gail McKinney and one grandson Thomas Tarnard Gulley
He leaves to mourn his nine sons - J.T. , David (Carolyn), Henry Jr. (Mary Frances), Eddie Sr. , Larry (Betty), James (Leila), Gregory Sr. (Lynette), Charles (Karen) all of Albany, GA and Fred Sr. (Donnie) of Cameron, NC and three daughters – Mary Ann (Thomas) Gulley, Gloria McKinney, and Renee’ (Michael) Hall all of Albany, GA. He leaves one brother – John Will McKinney (Essie), one sister – Odessa Harden (L.C.), one sister-in-law– Dora Walton, one niece who was raised as a sister– Mary Jones all of Albany, GA. He leaves twenty grandchildren, sixteen great-grandchildren, and a host of nieces, nephews, friends and loved ones.

O
To order memorial trees or send flowers to the family in memory of Mr. Henry McKinney Sr., please visit our flower store.