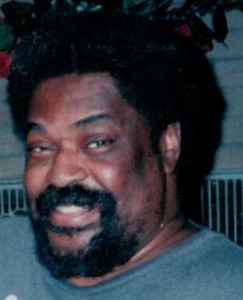 David was born on October 20, 1953, in Albany, Georgia, to proud parents, Anease Wright and David Wright Sr. As a young man, David developed a strong work ethic and was active in his community. He had numerous jobs including, delivering Southwest Georgian newspapers on his bicycle. He also worked various jobs at the local Top Dollar store. He was such a hard worker at Top Dollar, he was able to get his younger brother Moses a job there as well.

David’s devotion to God guided his footsteps; he was raised in the Church and he joined the Union Missionary Baptist Church at an early age. David loved school and excelled in his academic work. He was strong in all academic areas and had a special love for math and science. One of David’s fondest memories was when he created an award-winning project on “probability” at the school science fair.

David was a part of the historic Albany High School Class of 1971. Integration of public schools in Dougherty County had only started a few years earlier. Always a man of firsts, in the fall of 1971, David became the first member of his family to go to college and inspire other members of his family. David was accepted and chose to enroll at Tuskegee Institute ((Tuskegee University), in Tuskegee, Alabama. David’s major was electrical engineering. During his years in college, he worked at Georgia Power and received a cooperative opportunity to travel and work in Boston, Massachusetts.

One of David’s greatest accomplishments in life, was when he became a member of the “Pinnacle'' Gamma Phi Chapter of Alpha Phi Alpha Fraternity, Incorporated at Tuskegee. After his initiation, he held the prestigious position of Dean of Pledges. Thus, David was the first member in his family who became a member of the group we now refer to as the “Divine Nine.” He truly loved his A- Phi- A brothers! Also, an up-and-coming group called The Commodores was at Tuskegee during the early 1970s when David was enrolled as a student. He even took a class with a future award-winning Grammy artist named Lionel Richie.

An avid sports fan, David could remember player statistics, the number of championships, and several “little known facts” about sports and sports heroes. He loved to watch: football, basketball, baseball, tennis, golf, and boxing. One of David’s heroes was Muhammad Ali. He loved to quote Muhammad Ali. A favorite phrase he loved from Ali was, “I’m the king of the world! I’m pretty! I’m a bad man! I shook up the world! I shook up the world! I shook up the world!” Another one of his favorite quotes was by legendary football coach Vince Lombardi who said, “Winning isn’t everything, it’s the only thing.” Recently, David became a great Georgia Bulldog fan after his great-niece Janet, was accepted to the University of Georgia. Whenever she came home for a visit, before she left, he would always tell her, “GO DAWGS!”

When he watched sports, David loved to eat a variety of foods. He particularly enjoyed: Five Guys, Popeye’s and Sublime Doughnuts from Atlanta, Georgia. He always had a hearty appetite and he used to say that his plate, “had to have that meat.” It wasn’t a meal without the meat. He especially enjoyed a good steak with sweet tea to wash it down.

As a true lover of science, one of David’s favorite shows of all time was Star Trek. He

could quote several lines from the shows. He loved the logic of Mr. Spock (“Live long and prosper”) and the good fun-loving nature and leadership of Captain Kirk (To boldly go where no man has gone before). Similar to Mr. Spock, he could quote numbers to the exact decimal points. He could tell you the speed of light and the speed of sound without any hesitation. He had a brilliant mind and made everyone better who had the privilege of being around him.

A person in agricultural science David admired above all others, was Dr. George Washington Carver. He said he loved Dr. Carver so much because he helped teach us how to feed ourselves with his innovations in agriculture, particularly in the use of the peanut. David told us how when Dr. Carver worked at Tuskegee, he never cashed his check. He donated his check to the school. So, David admired the fact that not only was Dr. Carver a genius in science, but also a true humanitarian. David embraced what Dr. Carver said, “Education is the key to unlock the golden door of freedom.”

David truly loved his family. He was always willing to help family members out in any way he could. When his family gave him thanks; he would reply, “That’s what family is for.” Some of his family members called him, “Dave.” To his parents, he was, “son.” To his nieces, he was “Uncle Jr.” Some of his friends and family members called him by the nickname, “Fruit” or “Fruit Loops” due to the love of the cereal during his childhood. Together with his younger brother, Moses “Sonny” Solomon Wright, they were known as “The Wright Brothers.” He would always ask, “Who are the two most famous brothers in history?” The answer would of course be, “The Wright Brothers.”

Please visit our Facebook page to watch Mr. Wright's services, Poteat-Wakefield Funeral Directors or go to youtube and type in poteatwakefield.live to share in celebrating the life and legacy of Mr. David Wright Jr.

Click to download / open
To order memorial trees or send flowers to the family in memory of Mr. David Wright Jr., please visit our flower store.