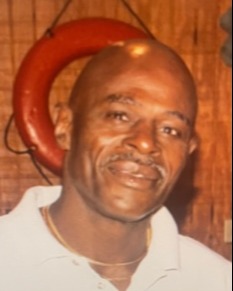 Mr. Clarence English was born in Albany, Ga on July 2, 1951, to the late Willie B. and Christine English. Clarence was the youngest of three children. His sister, Louise English Gilyard, preceded him in death.

His education was received in the public schools of Dougherty County. He left school early to help his family. He became a successful welder and did welding most of his work life.

He was united in holy matrimony to the late Peggy English and during their union three sons and two daughters were born. He was preceded in death by one son, Marcus English.

On November 15,1985, Clarence was joined in holy matrimony to the late Emma English.

On December 2,2022, Clarence English answered the ultimate call of our

As a family, we pause and give thanks to God for allowing us to share so many wonderful years together. He will truly be missed.

Precious memories will always remain with his loving family which includes his two sons, Clarence English Sr. and Jimmy English of Orlando, Fla; two daughters, Deldra English and Louise English of Orlando Fla; a loving and devoted brother, Willie (Mary) English of Albany, GA; one Brother-IN-Love, Bennie Pugh of Albany Ga; three Sisters-IN-Love, Betty (Mike) Malone, Rosetta (Willie) Mitchell, and Kathleen (Eddie) Swan all of Albany, Ga; a special cousin who grew up with him like a brother, Jimmy Lee of Albany, Ga; and a host of grandchildren, nieces, nephews, other relatives and friends.

To order memorial trees or send flowers to the family in memory of Mr.Clarence English, please visit our flower store.