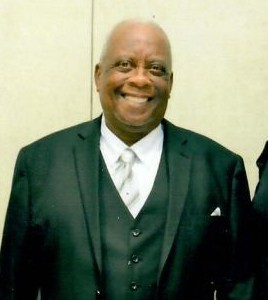 Milas Porter, Jr. was born to the late Everlene Dublin and Milas Porter on July 6,
1947 in Dougherty County Georgia. Milas graduated from Monroe High School
and later attended Albany Junior College (Darton).
Milas was the first black employee to work at Qwik Chek (Winn Dixie) in the late60’s when he became Produce Clerk. He was quickly advanced to Produce
Manager and from there he was made the Assistant Store Manager. His next job was at Miller Brewing Company where he retired.

He was known as “Punkin”, “Mr. P”, “Porter”, “Pa”, “Papa” “Granddaddy” “Mr.
Wonderful” – He was called Mr. Wonderful because when you ask him how he is doing, no matter what he ALWAYS says WONDERFUL.

Milas had a distinctive voice. He was a very giving person, high energy, and will
talk to ANYONE ANYTIME. He was not identified as being anyone’s mentor, but hewas a walking mentor because he led by example, he spoke was what on his mind and heart and to be honest at times, what was on his mind, probably didn’t need to come out, but it did. He spoke what needed to be said and often stood up for what is right. He can make you laugh even when he’s the one serious. He was a character. He often tells people he love them; there was no shame in saying those words. He was a giver until the end. He even gives to the one taking the food order over the phone and gives to the employee at the drive-thru. He is one different kind of person and he will be truly missed. He loves ALL of his family, but in most cases, people often don’t have sincerity in loving their in-laws as if they were blood relatives, but he did. He loves his children spouses and their families as well. Milas lived off of love. And the love of his life Mary has been married tohim for 56 years with all the many songs he would sing to her. He was so full of joy. Everyone always had fun around him.

He was preceded in death by his parents, grandparents, brother (Carlton Leon
Porter), and sister (Juanita Porter).

To order memorial trees or send flowers to the family in memory of Mr. Milas Porter Jr., please visit our flower store.