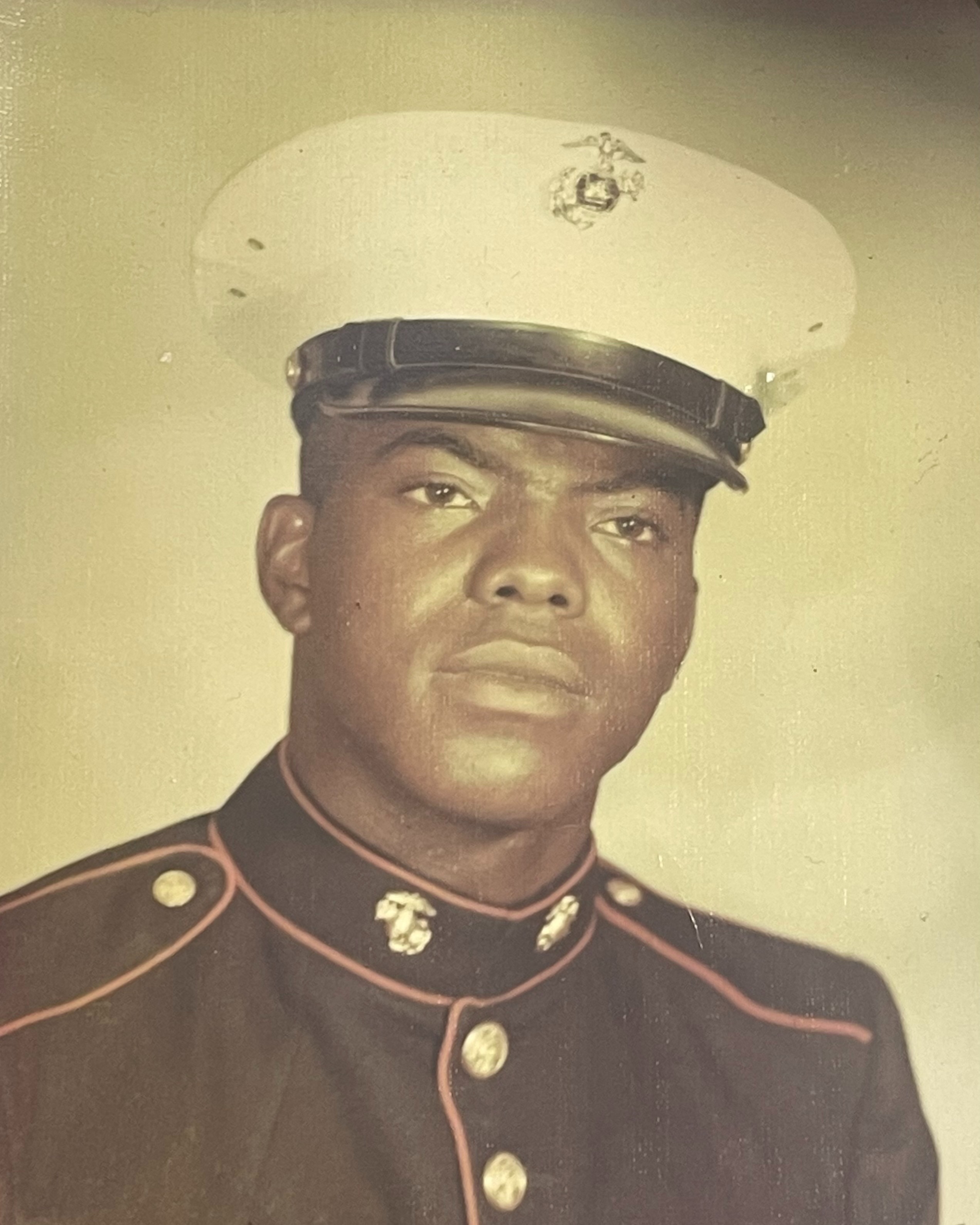 Click the link below for Cpl. Aaron Crafton III Funeral Services. Services are to begin at 1 p.m. Wednesday, December 14, 2022. If there is any technical issues during the livestream. Please try back later.

CPL. Aaron Crafton III the son of Deacon Aaron Crafton Jr. and Deaconess Thelma
Crafton (both deceased), was born on January 27th 1947 in Albany, Dougherty
County ,GA. Aaron also received his education in the public schools of Dougherty,
county. At an early age Aaron accepted Jesus as his Savior and joined the Friendship
Baptist Church under the pastorage of the Rev. J.W. Lowe.

In 1967 Aaron enlisted into the military under the order of the United States Marine
Corps. There he served two tours in Viet- Nam. His last tour he was injured
considerable and received the Purple Heart among other accommodations for his
bravery and leadership. After receiving an honorable discharge Aaron returned home
to reunite with his family and friends.

Aaron was affectionately known by many of those friends as: (Little Buddy) (Skull)
(Pone) and (Mr. Man). Although Aaron endured much pain, he never complained,
nor did he give in to his condition. As his condition worsen Aaron chose to go into
the Veterans Georgia War Nursing Home, in Augusta, GA. And on Saturday morning
December 3rd 2022, approximately 7:15am Aaron made his transition from physical
death to life eternal. He leaves to mourn his passing, (1) Son Robin McDowell, Los
Angles, California (2) Brothers, Joseph Crafton (Lillie) Albany, GA. And Kelvin Crafton
Albany, GA. (2) Sisters, Lois Wilson, (Rev. W.W. Wilson) Leesburg, GA. And Jo- Ann
Beckett, East Orange, NJ. And host of Nieces, Nephews, Cousins, and friends.

To order memorial trees or send flowers to the family in memory of Mr. Aaron Crafton, please visit our flower store.