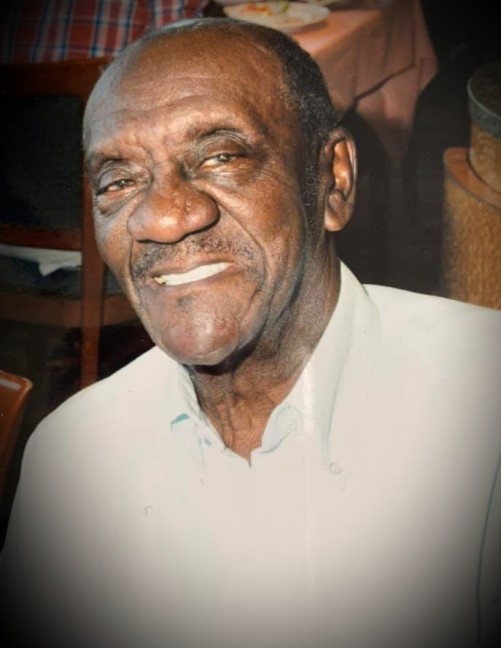 Deacon Eugene Lockett was born on December 24, 1932 in Leesburg, GA to the late Deacon Willie B and Anna Bell Newson Lockett. He was the youngest of four children.

During his attendance at Albany State College, Eugene was drafted into the United States Army. He served from April 15, 1953 to April 14, 1955 in Ft. Benning, GA. He received the National Defense and Good Conduct Medals. He was released from active military service and transferred to Army Reserve and completed 6 additional years.

Deacon Eugene Lockett accepted Jesus Christ at an early age and served faithfully at the McAfee Grove Missionary Baptist Church. Prior to his death, he served as the Chairman of the Deacon Ministry. He was a member of the McAfee Male’s Choir. He was the former Superintendent of the Greater Bethesda Baptist Association, and former President of Congress of Christian Education. He was also a member of the Southwest Georgia Laymen’s Inc.

Deacon Eugene Lockett retired from the Marine Corps Logistics Base Albany as a Production Shop Planner, on January 2, 1999 after serving 40 years, 6 months, and 20 days of employment in the United Stated Government.

Deacon Lockett was very active in the community. A few of his endeavors were serving on the Board of Directors for New Communities, Inc. He was the third President of the Lee County Chapter of the NAACP and a member of the Concerned Citizens’ Group. He was a Voter Registration Worker. He was instrumental in assisting blacks in the county to register to vote. Additionally, he was a Civil Rights Activist.

Deacon Eugene Lockett was joined in Holy Matrimony to Mrs. Willa West Lockett on December 23, 1992. He has five children. He was preceded in death by a son Robert Lee Lockett, his two sisters Annie Mae Barney, Minnie Jewel Daniels, and a brother Willie Lewis Lockett.

On Friday, March 6, 2020 God in His infinite wisdom, love, and compassion called His 87 years old servant home to receive his reward. He transitioned peacefully in his home. He will be missed and forever loved.

To order memorial trees or send flowers to the family in memory of Deacon Eugene Lockett, please visit our flower store.